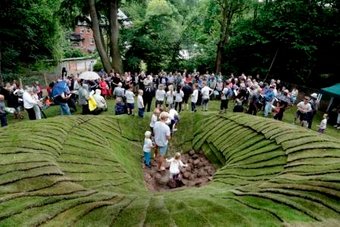 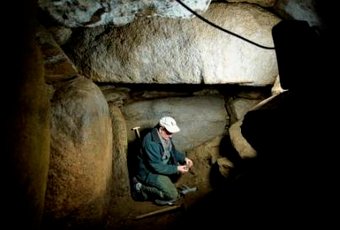 There has been a lot of human activity at Sulkendrup Mølle throughout the ages, which can be witnessed by a visit to the mill forest, where there are five burial mounds.

The largest mound contains a passage grave from the Neolithic period around 5.200 years ago.

The passage grave mound was used for burials for more than 3.000 years. Both in the Neolithic period, the Bronze Age and the Iron Age, people buried their dead in different ways within the mound.

The passage grave was excavated for the first time in 1919, and at the initiative of the owner at the time, the mound and the passage grave within it were listed as a protected and preserved site.

For many years, the area around the passage grave mound was a flower garden. At the top of the mound, the mill owners had placed a flag pole and a bench from where they could enjoy the view of the mill lake.

In 2009, we contacted Kulturstyrelsen (the government's Cultural Board) which drew up a project for excavation and restoration.

Through this project, we applied to the A.P. Møller and wife Chastine McKinney Møller Foundation for Common Purposes for support and approval was given for 1 million DKK.

The restoration commenced in the spring of 2013. All trees on the mound were cut down, the passage grave chamber was emptied and excavations were made.

The Museum of Southeast Denmark was responsible for the excavation and restoration. Today, the passage grave is part of the project "The Danish Antiquity in the Landscape" and has been open to the public since the summer of 2014.

Sulkendrup Mølle is mentioned as early as 1425.The water mill has been rebuilt several times due to both fires and destruction. It burned to the ground in both 1919 and 1830, and in 1659 it was severely damaged by the Swedes during the Swedish war.

The mill was leased by Holckenhavn Estate during the 18th century and was forced to grind all the flour required by the Estate without receiving any kind of compensation whatsoever.

Sulkendrup Mølle was the last working water mill in Denmark milling continued until 2001 when the water turbine broke down. This marked the end of centuries of milling in Sulkendrup.

A few years passed, and an extensive restoration of the mill began in 2008. The purpose of the restoration was to turn the mill into a place where cultural activities would bring the historical site back to life. The water turbine was renovated as well. Today, the turbine is connected to a generator which converts the water power to clean, carbon-neutral electricity. Excess electricity production is sold to the electrical grid.

In May 2015, the Mayor of Nyborg, Kenneth Muhs, inaugurated the newly renovated mill. 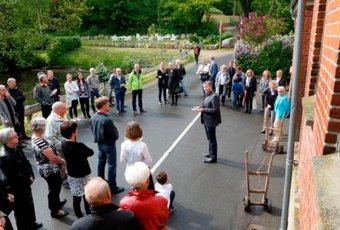 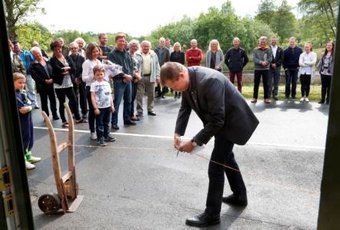 A different setting for your party, meeting, workshop, courses set in cultural and picturesque surroundings.